Jhe American banking system is unique in its history and industrial structure. The incredible shrinking of the US banking landscape probably comes as no surprise to the rest of the world. At the end of 2021, the United States had one FDIC-insured bank (Federal Deposit Insurance Corporation) for about 68,000 people. The United Kingdom had approximately one monetary financial institution (MFI: banks and building societies) for every 185,000 people.

The consolidation should surprise no one. But in many American circles, the consolidation seems overdone, especially since we had over 15,000 FDIC-insured financial institutions in 1990 and are now below 5,000. Where’s the bottom?

At the peak of US bank mergers in 1997, there were 725 merger agreements. But this was offset by 199 new banks or de novo open. In 2021, there were 215 banking M&A (M&A) transactions, representing 4.3% of all FDIC-insured institutions. Eight de novo charters were granted.

Why did American investors abandon the creation of new banks? A convincing argument could be made in favor of competition. Change is occurring at historic levels in the banking sector. What used to take more than 10 years to be adopted – think ATM – now happens in less than two years – think mobile banking. How will a very small financial institution be able to achieve the investments brought to market by Goldman Sach’s Marcus (backed by an owner with a market capitalization of $115 billion) or Chime (funded by seven private equity rounds totaling $2.3 billion)?

Another case could be put forward for regulation resulting in less de novo. How can a small financial institution obey the letter and spirit of the law and the myriad regulations that flow from those laws as effectively as a financial institution 10 times, not 100 times, its cut? Many existing banks cite the regulatory environment as the main reason for their sale. The politicization of regulatory bodies only worsens the situation. Ask those regulated by the New York State Department of Financial Services (NYSDFS). It’s no surprise that executives who decided to sell their financial institutions due to onerous regulations hang up their boots rather than organize a new bank.

And of course, change and the regulatory environment play a role in the dearth of new bank charter applications. But there’s at least one other – one that isn’t mentioned as frequently, but that might be the biggest hurdle to the creation of new banks in the United States: 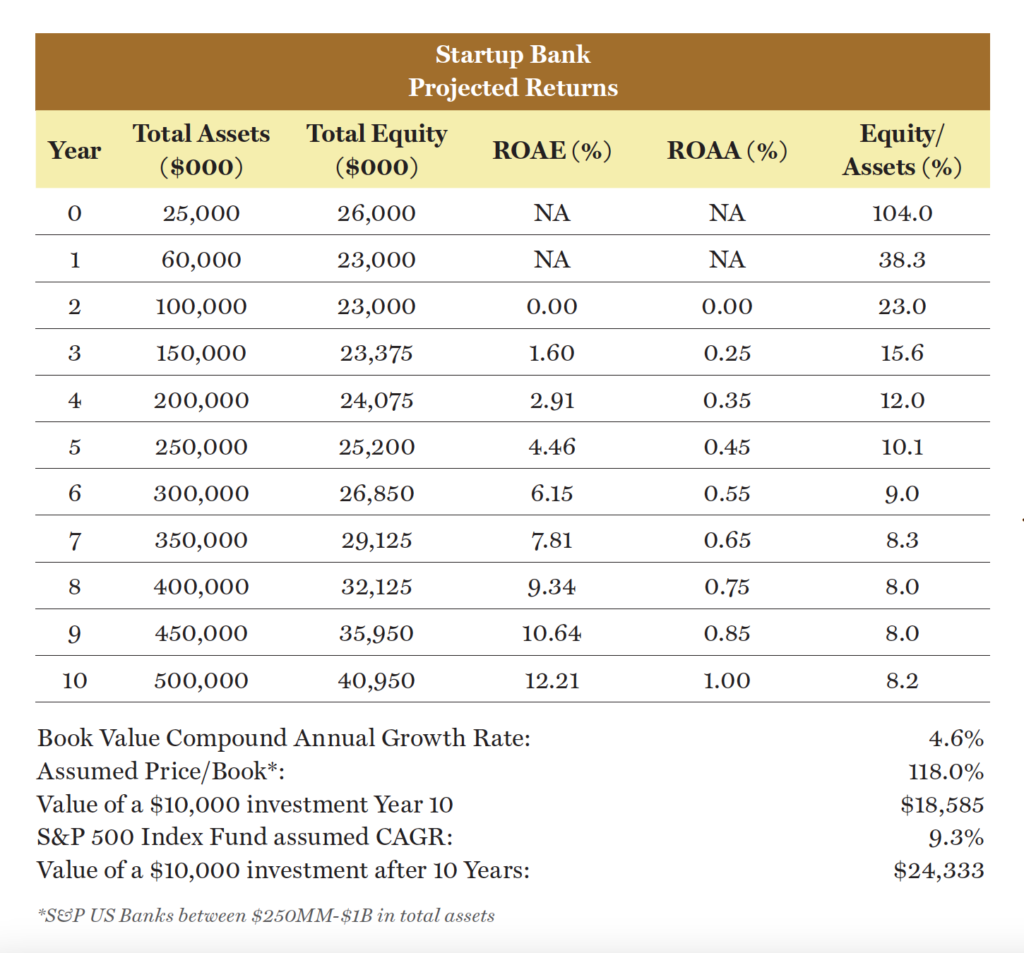 If a bank has a business model that is unique or serves a narrow customer base, regulators push back in the name of concentration risk or unproven business models. I remember an internet bank trying to get started in Michigan in the late 1990s. The concept was new and the growth needed to be robust, but not out of the ordinary. The FDIC required the bank to raise $20 million in capital, a tidy sum in the 1990s when banks started with less than half that. Because the business model was unique at the time, regulators required a relatively high level of capital. The bankers could not increase it, and the de novo never took off.

Today, regulators are more open-minded… a little more. Varo Bank, NA, sponsored by Varo Money – the fintech launched in 2015, embarked on a three-year quest to obtain a banking charter. It succeeded in 2020. Their chief counsel said: “It takes a lot of patience because it’s a very long process, quite complicated and requires a lot of back and forth with regulators.” Varo has capitalized its bank with over $120 million and added a second round of over $400 million in the third quarter of 2021. Barrels full of capital are opening minds.

But what about the traditional de novo banks? So far this year (through mid-year), seven banks have received charters and 11 banks have applied, except for one application which was a special purpose charter from an existing financial institution . Of the 11 who applied, the average capital sought was $26 million for those who disclosed, a far cry from Varo’s fundraising. What was the pitch to these investors for the $26 million? This is where the mathematical problem lies.

Let’s say a group of investors, tired of big banks making decisions about their communities hundreds of miles away, decide to explore setting up a bank. They outline a business plan, project their finances over several years and visit the FDIC.

The FDIC reviews the business plan, criticizing any part of it that is outside the norm, serving one or more particular industries, relying on non-traditional distribution methods, etc. They suggest being more plain vanilla will increase their chances of approval. And by the way, it will take $26 million in seed capital, the average capital raised for new banks this year. The group of investors prepares a prospectus and begins soliciting shareholders for commitments.

For Startup Bank, the organizers have planned the following over the next 10 years:

An investment of $10,000 in a de novo bank returns 24% lower than the return Joe Investor could receive investing in an S&P 500 index fund. And if Joe needs to withdraw his money from the fund, he places his trade and the money will be in his bank account within three days. Startup Bank, on the other hand, probably trades very little. For all publicly traded US banks between $250 million and $1 billion in assets, the average trading volume is 2,200 shares per day. Joe’s sell order on his holdings could move the market and lower its value. There are no such worries when investing in a fund. It’s one of the reasons institutional investors own more than two-thirds of all US bank stocks. Individual investors choose funds.

Business regeneration is the hallmark of healthy economies. There are advantages to decision-makers residing in or very close to the markets where their borrowers live and work. There is a deeper understanding of the nuances of granting credit. Imagine a credit analyst working hundreds or thousands of miles from an Amish farmer borrower and reviewing that credit application. “They want to borrow how much against how much income? While the local banker knows the loan is gold. The further the borrower is from the decision-maker, the less the persona will play a significant role in the credit decision, and the more difficult it will be to finance start-up or nuanced businesses, which inhibits business creation.

Perhaps the above projections for Startup Bank will no longer be the norm. Fintech (financial technology) business models typically require significant capital along with several years of operating losses so they can scale faster. Start-up banks, on the other hand, are required to submit three-year business plans showing profit at the end of the projection period. This forces the bank to seek profitability long before it reaches critical mass to deliver strong returns to shareholders.

The antithesis of traditional de novo way, American Challenger Bank NA applied for a charter in July 2020, committing to raise $750 million in capital. Instead of going the traditional approval route, it pivoted and agreed to merge with Patriot National Bancorp Inc. in November 2021. This transaction was conditionally approved by the Office of the Comptroller of the Currency (OCC) in July, subject to, among other things, Patriot raising $875 million in capital.

It’s clearly more like fintech, raising incredible amounts of money to scale quickly. Will this be the new normal? After American Challenger Bank NA and Patriot National received conditional approvals, they terminated their agreement. The conditions were too heavy. So, I’m skeptical this will be the new normal. And it’s unclear whether fintechs will enjoy high valuations once they become banks. LendingClub, which acquired Radius Bank in 2020, now trades at 1.3 times book value and less than 10 times earnings. These are bank type multiples. All of this is holding back the transformation of fintechs into banks.

There is an economic argument to be made, however, for de novo banks. But lest you think that the lack of de novo banks is a regulatory or industry-changing issue, I have news for you. It’s a math problem.

Jeffrey P. Marsico is chairman and founding shareholder of The Kafafian Group, Inc., a US-based financial institutions advisory firm. He specializes in banking strategy, process optimization and financial consulting. He has worked for and with US banks for over 30 years. He was also a United States Navy cryptologist who specialized in gathering tactical intelligence for commanders of warships at sea.